Fuels. Diesel too expensive, can we run on cooking oil? 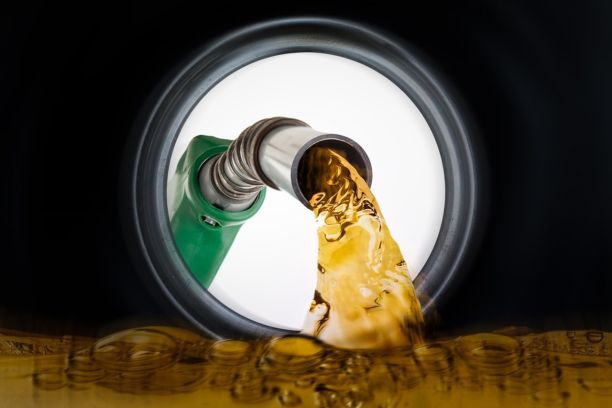 Can cooking oil or GNR be used instead of diesel?

The price of diesel is now higher than that of gasoline and continues to rise. Cooking oil, heating oil and GNR, chemically close to diesel, could appear as cheaper alternatives. What does the law say and what are the risks for mechanics?

Driven by the post-lockdown economic recovery, inflation and the war in Ukraine, fuel prices continue to rise. And diesel is now more expensive than gasoline in France. Already higher than that of SP95-E10 for about two weeks, its cost at the pump has recently exceeded that of SP98 to settle at 2.14 €/l on average according to the latest government statements. In this context, it is tempting to look for more economical alternatives, and the idea of ​​rolling in cooking oil is making a name for itself again. Rapeseed oil, for example, can currently be purchased for less than €1.60/l, like heating oil, and GNR (non-road diesel) costs less than €1.80/l. These fluids have properties similar to those of diesel, but also some differences (viscosity in particular). Replacing diesel with either of these substitutes to power a diesel vehicle on the open road is banned in France. It is also strongly discouraged on the mechanical level, except in a few specific cases.

TO READ. Fuels. Why is diesel now more expensive than gasoline?

Frying oil or GNR in a car: the law says no

Vehicles authorized to travel on the open road and the fuels intended for their engines are subject to very strict regulations and approval. Edible oil, whether new or recycled, is not approved as road fuel in France. Such use therefore constitutes an offence. The same goes for heating oil or GNR with penalties of up to three years in prison, confiscation of the vehicle and a fine up to three times the amount of the estimated fraud (according to the mileage traveled since the acquisition of the vehicle, its estimated consumption and the difference in price between road diesel and GNR) according to the Customs Code. In addition, in the event of mechanical damage, a manufacturer could decide not to apply its guarantee on a vehicle supposed to be covered if it does not use the type of fuel for which it was designed. Finally, an insurer could find in the use of unapproved fuel a reason for not covering a possible claim. In the event of an inspection, the red color of the GNR makes it easy to distinguish it from road diesel.

TO READ. Fuels. Can I stock up on petrol or diesel at home?

The edible oil compatible under conditions…

On the technical side, some diesel engines of old design can run on a certain proportion of food oil and under certain conditions. The Roule Ma Frite association, which has been converting used frying oil into fuel since 2007, explains: ” Decanted and filtered, frying fat becomes an alternative fuel. If a diesel already works at 30% oil, it can also dispense with diesel once adapted. ” In other words, the oil must first be treated. In addition, for an engine to use it at more than 30%, it must undergo a few modifications (injection, electronic management, etc.) costing several hundred euros and similar to those required to run on bioethanol E85. Except that, as indicated above, no transformation of this type is approved for public roads in France.

… but not for recent engines

For recent engines, on the other hand, a “conversion” to food oil is to be excluded. Compared to their predecessors, these blocks have generally smaller displacements, are supercharged for better efficiency, use much higher injection pressure and are equipped with multiple sensors monitoring the quality of the air / fuel mixture, as well as as pollution control systems as numerous as they are complex (EGR valve, DPF, SCR catalyst, etc.). All these elements make them more fragile and more sensitive to a change of fuel. This can first result in a loss of performance, before damage to the mechanics.

Nevertheless, avenues are being studied at the industrial level for the future. HVO (hydrotreated vegetable oil) biofuels, already approved for certain diesel utilities in particular, are made from vegetable oils or waste such as cooking oils and animal fats. Their development is in progress, but their large-scale use in the automobile is not for today.

Good tips: an oil spray and the Little Book of Turmeric, at a mini price with your Top Santé!

Essential oils: why are some so expensive?

What to do with wintergreen essential oil?

What to do with tea tree essential oil?

Don’t be fooled by the price of an essential oil

The benefits of argan oil for skin and hair