Two retirement homes will remain in quarantine for the New Year. The influenza and gastroenteritis viruses are circulating. Containment has been decided. 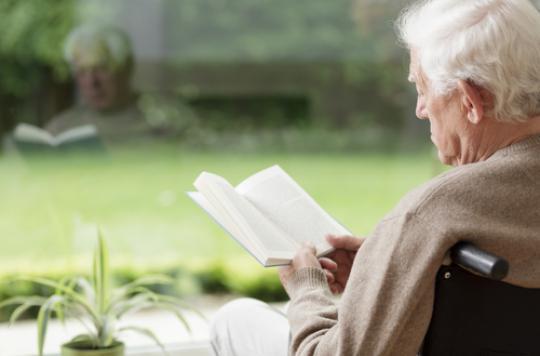 Forty for the New Year. The end of year celebrations are likely to be dreary for some retirement homes. In the Auvergne-Rhône-Alpes region, two establishments have been placed in confinement. In question, the epidemics of influenza and gastroenteritis which are raging throughout France. Four residences for the elderly have now put in place protective measures.

The Auvergne-Rhône-Alpes region is on red alert. Not content with being the most affected by gastro and influenza epidemics, it is also experiencing two outbreaks in collective establishments that welcome the elderly. The first is located in the Puy-de-Dôme, reveal our colleagues from The mountain. Gastro circulates in the EHPAD of Saint-Ours-les-Roches, which accommodates 53 people. Among them, about fifteen present suggestive symptoms and confinement does not seem to slow down the progression.

In fact, the viruses responsible for gastrointestinal illness are resistant and very contagious. In his newsletter December 28, Santé Publique France indicates that noroviruses mainly circulate in collective homes. It is able to survive longer than others on inert surfaces. Seniors are not the only ones to fall ill: in 6 weeks of epidemic, 800,000 people consulted a doctor because of a gastroenteritis.

The second establishment affected is more substantial. With 85 residents, the La Pacaudière (Loire) retirement home had every interest in placing its patients in quarantine. 25 of them are already infected with the flu virus, according to Progress. The measure is the same as in the Puy-de-Dôme: activities canceled, entries and exits prohibited. A restriction but effective, since it has reduced the spread of the virus.

These precautions are all the more important since the elderly are particularly vulnerable to the flu virus. They also represent 70% of serious cases reported at Public Health France. As of December 28, 179 people have had serious complications from the flu. 4 out of 10 were not vaccinated. However, the H3N2 virus – which circulates mainly – is known for its virulence.

A dengue epidemic has started in Tahiti

Measles: the beginning of an epidemic in Reunion

In Algeria, the origin of the cholera epidemic finally discovered