In Annecy, a general practitioner accused of having produced false vaccination certificates was struck off for life from the list of the Order of Physicians. 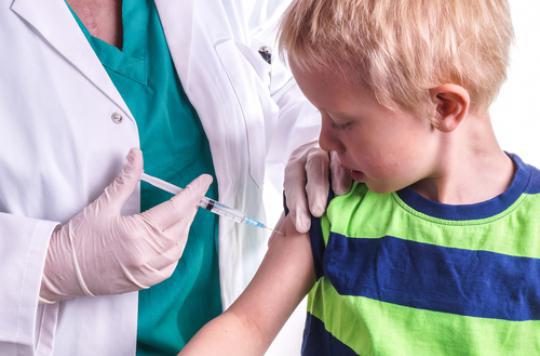 They are under increased pressure from parents to anti-vaccination; themselves express growing doubts about the safety of vaccine injections. General practitioners sporadically make the news because of certificates attesting to a vaccination, although it was not carried out.

Whatever the reasons which motivate these practitioners to produce fakes, parental pressure or personal opinion, they do not pass to the Order of Physicians. As the blog notes “ Journalism and Public Health », The body took a strong decision concerning a general practitioner from Annecy, struck off for life and banned, therefore, from practicing medicine.

Dr Christian T. is accused of having produced four false certificates mentioning an administration of a dose of Pentavec on October 26, November 23 and December 21, 2012, as well as a recall on November 8, 2013, in a little girl , Eve, born in June 2012. These injections are part of the vaccination obligation.

It was the baby’s father who raised doubts about the veracity of these certificates. At the material time, Eve was entrusted to the care of her mother, herself “belonging to a religious community which would be hostile to the principle of vaccinations”, we can read in the decision of the National Disciplinary Chamber of the Order of doctors.

After recovering custody of the child, the father, suspecting a subterfuge, had serologies carried out in August 2013 for tetanus, polio, diphtheria and whooping cough on his daughter. Result: no antibodies – and therefore, a priori, no vaccination. Furthermore, the investigation showed that the batch numbers entered in Eve’s health record did not correspond to doses of “Pentavec” but to “Revaxis”, intended for a vaccination booster in adults.

The father lodged a complaint against the doctor and had new injections performed at the Mâcon hospital center. Eve’s serologies were found to be satisfactory, indicating a normal immunological response. The little girl is now protected against these pathogens.

The general practitioner from Annecy disputes the accusation of forgery. Christian T., doctor of “acupuncture orientation”, “holder of the IUD of manual medicine and osteopathy”, says to have administered a homeopathic dose of Revaxis in order to attenuate the side effects of Pentavac. He believes that “this homeopathic dose may have hampered the sero-conversion process”, specifies the ordonal decision.

The argument did not convince the departmental council of the Order, which struck off the doctor, or the national council, which confirmed the sentence. In July 2016, a general practitioner from Indre-et-Loire suspected of making false vaccination certificates, was also removed from the Order. Among his patients was an eight-year-old child who contracted tetanus from lack of immunity to the infection.

Ebola: the vaccine that reassures scientists

Doctor, I have a lump in my groin

Doctor, I had blood in my urine

Cervical cancer: the vaccine does not present any danger

HIV: what do we know about Moderna’s RNA vaccine?