Exercises that are good for the heart would also help preserve the mind. 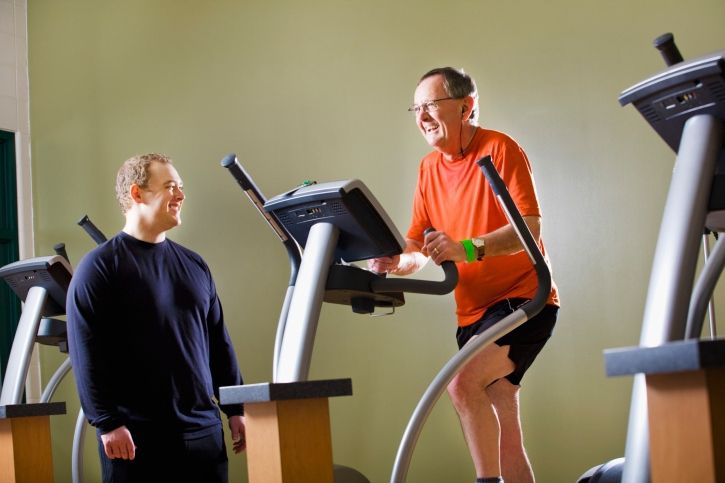 Physical exercises aimed at improving cardiovascular health would also protect us from the decrease in our cognitive abilities, according to a new study published in the scientific journal Neurobiology of Aging on August 20.

Researchers at the University of Montreal and the University Institute of Geriatrics at the Montreal Research Center came to this conclusion after working with 85 patients. The sample included 31 people aged 18 to 30, and 54 individuals aged 55 to 75, none of whom suffered from any physical or mental disorder that could influence the study.

Their physical fitness was then measured on a training machine determining their maximum oxygen intake over a period of 30 seconds.

Their cognitive abilities were then assessed via the Stroop test, a scientific test that involves asking the person to identify the color of a word, itself corresponding to a color. For example, the patient should say blue if the word “red” is written in blue ink. A person who can quickly say the correct color without being distracted by the word itself exhibits great cognitive agility.

The participants then underwent three MRI scans: one to assess blood flow to the brain, one to measure brain activity during the Stroop test, and one to observe the Ã Physical condition of their aorta artery.

Â € œWe found that older people who had greater physical and respiratory activity, and whose aorta was in good condition performed better than others in tests cognitive. We therefore believe that the preservation of cerebral elasticity may constitute one of the mechanisms which re-enables physical exercise with the aim of slowing down cognitive aging “ explains Claudine Gauthier, main author of the study.

“While the impact of fitness on cerebral vascularity perhaps involves other, more complex mechanisms, our overall findings support the hypothesis that one mode Healthy living helps maintain the elasticity of the arteries, thus preventing brain damage, and preserving cognitive abilities in future life. AT” concludes the researcher.

Eating chilli would reduce the risk of cardiovascular disease

Heart cells change (a little) after a ride in space

Heart attack: should you take (or not) aspirin to thin the blood?