NEWSLETTER
No Result
View All Result

According to a Spanish study, energy drinks increase the risk of suffering from insomnia and nervousness. And that, even hours after a sports competition. 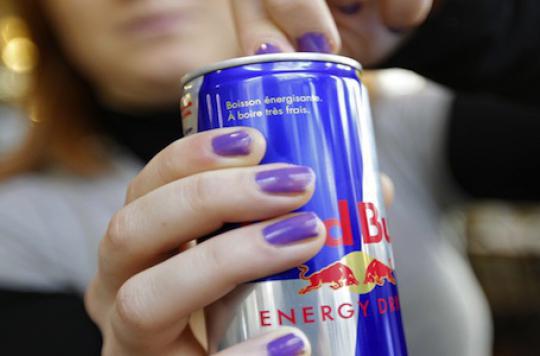 Popular with young people, so-called energy drinks (or BDE) are nonetheless harmful to health. Already accused of harming certain cells of the heart and promoting various diseases, including cardiac arrhythmia, they are accused this time of causing insomnia. Unpublished results published in the scientific journal British Journal of Nutrition.

Effects hours after competition
To reach this conclusion, Spanish researchers at Camilo José Cela University (Madrid) gave athletes three energy drinks before their competition. Among the participants, swimmers, soccer or basketball players. At the same time, a second group of athletes drank drinks that they thought were energizing, but actually weren’t. And the results reported by the Madrid team were final.
“The first group tended to suffer from insomnia, nervousness and exhibited a high level of stimulation in the hours following the competition”, indicate these scientists.

Caffeine singled out
To explain this, the authors point to the composition of these drinks. The main ingredients found in these drinks are indeed carbohydrates, but especially caffeine (32 mg / 100 ml of product), accused here of stimulating and therefore preventing falling asleep. For the latter, we find, it is true, significant doses: about 80 mg per 250 ml can.
In a recent study, the authors blamed the caffeine, present in quantity in these drinks. While some brands are quite reasonable, others peak at very high prices. The Monster, for example, has the equivalent of four cups of espresso in a can. And brands sold across the Atlantic can go up to 400 mg of caffeine per liter of drink.

Finally, the Spanish team also found in these drinks the presence of taurine and B vitamins, other stimulants. With little difference this time around, according to the authors, between the main brands.

Better sports performance
Nevertheless, the Spanish team also found beneficial effects in these energy drinks. Their measurements show a performance increase of 3 to 7%, according to participants.
The author, responsible for the Physiology Laboratory used to carry out this work, explains that in group sports, this increase in performance has resulted in more movement and more intense play in certain sportsmen (tennis players, rugby players).), in basketball players by a slightly higher jump height, in mountaineers by increased muscle power, and finally in swimmers by more speed during races.

Sleep: better to keep it short than chopped

Do you lose weight when you sleep?

Insomnia: learn to manage your emotions to sleep better

Insomnia: get back to sleep in an hour

Finding the right amount of sleep based on your age

Sleep: Is too much sleep risky for the brain?