An Australian study has found that having more pregnancies over a lifetime reduces a woman’s risk of endometrial cancer. 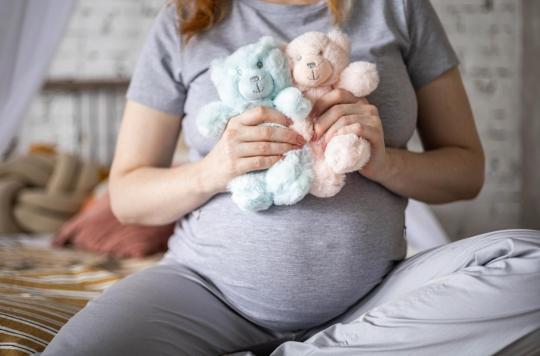 A team of researchers from the Institute for Molecular Bioscience at the University of Queensland (UQ) in Australia studied the risk factors for endometrial cancer using genetic analyzes and found that having three babies could reduce a woman’s risk by 50% compared to those who had none. The results were published in the journal BMC Medicine.

“We found that the more time a woman spent pregnant or on birth control pills – so when the body is exposed to less estrogen – the lower the risk of developing endometrial cancer”said Dr. Gunn-Helen Moen, lead author of the study, in a communicated.

Endometrial cancer: too much estrogen increases the risk

In their genetic analysis, the UQ researchers looked at the number of years women ovulate. The researchers found evidence to suggest that reducing years of ovulation may reduce the risk of endometrial cancer, but the strongest links pointed to childbirth.

“High levels of estrogen, as opposed to progesterone, are thought to be a risk factor for developing endometrial cancer”says Dr. Moen. “Pregnancy and the birth control pill both provide progesterone to antagonize estrogen, and this could explain why we are seeing a protective effect against this cancer”, she adds. To sum up: the shorter the lifetime exposure to estrogen, the lower the risk of developing endometrial cancer.

To make the results more relevant, the researchers separated some known risk factors for endometrial cancer, such as increased body mass index (BMI) and age at first menstruation and at birth. menopause, and looked specifically at the effect of number of live births and years of ovulation.

The endometrium is the inner lining of the lining of the body of the uterus, the part of the uterus where pregnancy takes place. “A cancer develops when one of the initially normal endometrial cells transforms and then multiplies in an anarchic way until it forms a cluster of abnormal cells called a tumour”Explain the national cancer institute. In addition to obesity, endometrial cancer is associated with several risk factors including diabetes, treatment with tamoxifen or, more rarely, a genetic predisposition.

According to the UQ research team, research on the subject should be continued in the future: “Analysis of larger data sets could help us understand more clearly whether it is the hormonal or mechanical effects of pregnancy that provide a more protective effect, as well as dig deeper into the effect of pill use. oral contraceptive.”

Pregnancy: complications linked to a greater risk of heart disease

Pregnancy: suffering from migraine increases the risk of complications

Anxiety: learning from our mistakes can make us anxious