Effervescent drugs are not very good for the heart

Effervescent drugs are absorbed faster in the body, but they also contain a lot of salt. 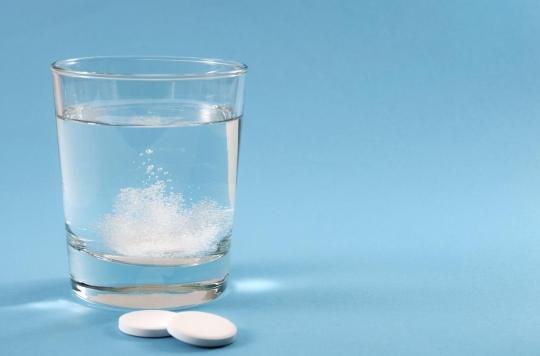 Medications that have a salt compound called sodium added to make them effervescent can be problematic for those who need to take them regularly. according to a new study. This can indeed lead them to exceed the 2 g of salt recommended each day, which in particular causes cardiovascular diseases (heart attack, stroke)…

“Previous studies have shown that high sodium intake is associated with an increased risk of cardiovascular disease and all-cause mortality in people with hypertension. In contrast, data regarding the effect of sodium intake effervescence in people without hypertension have so far all been equivocal”, explain the scientists in the introduction.

“The actual risk was only increased by about 1% compared to those taking sodium-free medications, but at the population level it is still significant” emphasizes Professor Zeng, relayed by Top Health. “We also found that the risk of cardiovascular disease and death increased as the duration of sodium-containing paracetamol intake increased” he concludes.

How to eat less salt

Nutrition: still too much fat and salt in fast food

Why do we eat too much salt? Science has the answer