The consumption of oily fish is recommended to fight against the appearance and progression of chronic pain in people over 60, according to a Spanish study. 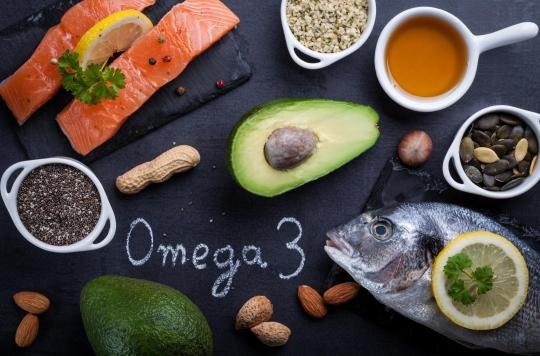 Oily fish such as herring, sardines, mackerel or salmon provide various minerals and trace elements to the body. Thanks to their richness in omega-3, they stimulate the cardiovascular sphere and protect against heart disease. These fish are also rich in vitamin D which promotes the strengthening of bones.

Oily fish could be alternatives to anti-inflammatories

According to Spanish scientists, oily fish reduce pain in people over 60 years old. “Vitamin D has actions on bone metabolism, inflammation and sleep regulation, while omega-3 fatty acids have benefits through their anti-inflammatory and analgesic actions”can we read in a statement from the Autonomous University of Madrid. This discovery could make it possible to reduce the use of anti-inflammatories or opioids which are regularly prescribed to calm pain attacks.

For the purposes of the study published in the scientific journal Nutrients and Clinical, the researchers analyzed data from the “Enrica-Seniors-1” cohort, which followed 950 people over 60 for five years. Daily vitamin D intake was assessed in 2012. As for pain, it was measured in 2012 and 2017 using a scale from 0 (no pain) to 6 (most pain) . The scientists observed the severity, frequency and number of pain locations.

Blue fish: a 32% reduction in the risk of onset of pain

The researchers found that a high consumption of oily fish, between one and two servings per week, was associated with a 32% decrease in the risk of the onset of pain. For people with chronic pain, eating blue fish regularly reduced the risk of it getting worse by 30%.

“We were struck by the fact that only the consumption of oily fish, and not white fish, was associated with a lower risk of pain”, the study authors noted. Before adding: “These differences were likely due to the higher vitamin D and omega-3 amino acid content of oily fish, as these two nutrients were also associated with a lower incidence and better pain outcome. For example, a portion of sardines or mackerel could provide up to five times more vitamin D and three times more omega-3 than a portion of hake or squid, according to data from Spanish food composition tables.

Near-death experience: researchers capture what’s going on in the brain