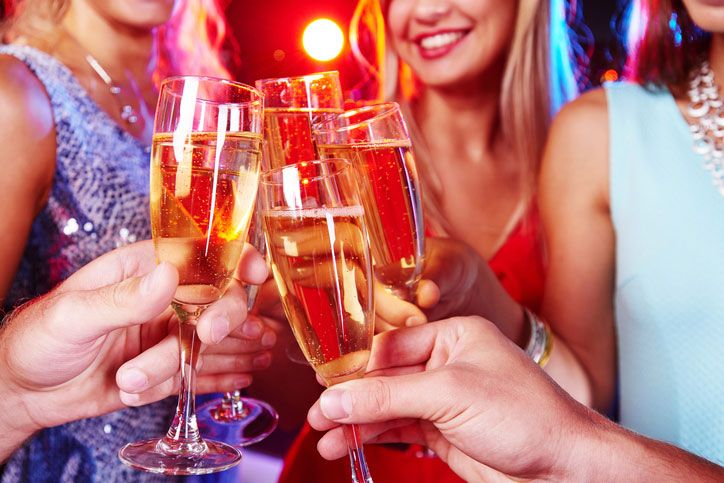 60% of British female students have chosen to reduce the caloric addition and to deprive themselves of food for drink more alcohol, rich in sugars and weighing heavily on the scale.

This increasingly common behavior, called drunkorexia or alcoloorexia is not yet a clinically recognized eating disorder while it mimics the tendencies anorexic.

Alcohol is not an essential food in our diet and contains only sugar and empty calories . Thus its consumption is to be avoided in excess and during a dieting.

Rhiannon Lambert, nutritionist specializing in eating disorders, interviewed about this behavior by The Independent, explains that “this behavior is systemic to the culture of the body today, to varying degrees. Often this leads to a form of yo-yo dieting”.

Restrictive diets and pressure to lose weight, often publicized and promoted by celebrities, are partly to blame, with alcoholorexia being just one of many extreme behaviors that result.

However, drinking on an empty stomach and repeatedly can cause acute alcohol intoxication leading to confusion, vomiting and fainting. Not to mention that the repetition, exposes to chronic risks for health, for the liver and the heart disease long-term, with a form of undernutrition, and a lack of vitamins and essential minerals.

This study highlights the findings of a survey of the English health insurance group Benenden which revealed that young people had a strong tendency to refrain from eating in order to drink more and that this phenomenon was on the increase. Indeed, 43% of British men and 35% of British women aged 18-24 said they skipped meals so they could consume more alcoholic beverages.

Alcohol: drinking a little too much, what is it?

Alcohol, the leading cause of hospitalization in France

Barbecuing if you eat gluten-free

Why you eat more when you are tired

Discovery of the brain mechanism involved in the response to danger

Is it really that unhealthy to eat while watching television or on your smartphone?

Statement: ‘I no longer drink fruit juices or smoothies’

Funny remedy: be careful with laughing gas against depression