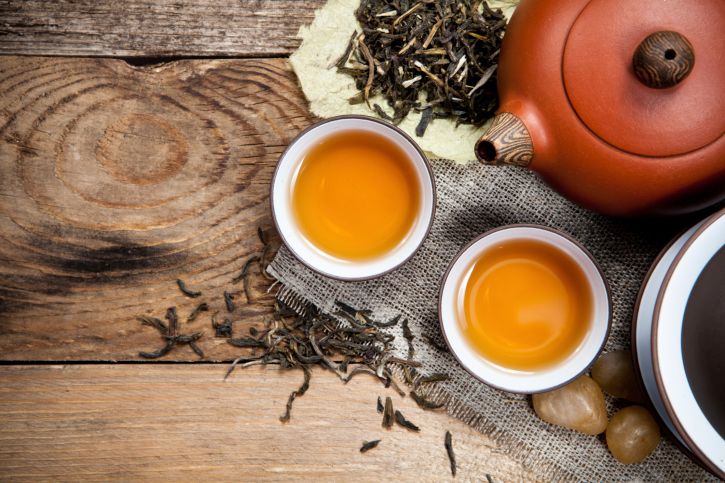 Studies follow each other and confirm all the health benefits of tea. This new study relayed by the British daily Daily Telegraph teaches us that drinking 5 cups of tea a day would limit the risk ofstroke and of diabetes.

The researchers carried out a meta-analysis of scientific studies published for 10 years on tea. “We have found that in the scientific literature for the past 10 years, it is clear that drinking tea is good for your health”, said Eert Schoten, a spokesperson for the Dutch High Authority for Health.

“Tfive cups a day would reduce blood pressure, diabetes and the risk of stroke, so this recommendation (drinking tea) could become one of our 16 guidelines.”

This study confirms the conclusions of a japanese scientific study published in the journal Stroke, of the American Heart Association in March 2013. It revealed that 2 to 3 cups of green tea reduced the risk of all types of stroke by 14% (against rare or non-existent consumption). And that drinking 4 cups of green tea a day would reduce the risk by 20% of all types ofstroke.

” Tea consumption should be promoted for public health purposes “, concludes the high Dutch health authority. Nevertheless, drinking 5 cups of tea a day is a lot. Especially since an excess of caffeine (theine is in fact the same molecule as caffeine) can have undesirable effects: nervousness, agitation, insomnia, diarrhea… Yes to tea but for the moment, it is still better not to exceed the recommended 2 to 3 cups of tea to avoid exceeding the thresholds from which the undesirable effects are felt1. Pregnant and breastfeeding women, adolescents and people with heart, liver or neurological disorders should be particularly vigilant.

Reduce the risk of stroke

But beware, to reduce the risk of stroke it is essentially recommended to have a balanced diet, to practice sport, not to smoke and not to consume alcohol in excess.

Leading cause of physical disability and second leading cause of dementia after Alzheimer’s disease, stroke affects an average of 130,000 people a year in France, causing 33,000 deaths. More than 77,000 victims suffer sequelae until the end of their lives (aphasia, memory problems, etc.). However, these figures could be reduced because doctors believe that 80% of strokes or recurrences could be avoided by having a better lifestyle (stopping smoking, limiting alcohol, eating a balanced diet and doing at least 30 minutes physical activity every day), and sleep better.

Stroke: the signs that should alert

What is Earth Day for?

Stroke: too much television increases the risks

Against atrial fibrillation, it is imperative to quit smoking!