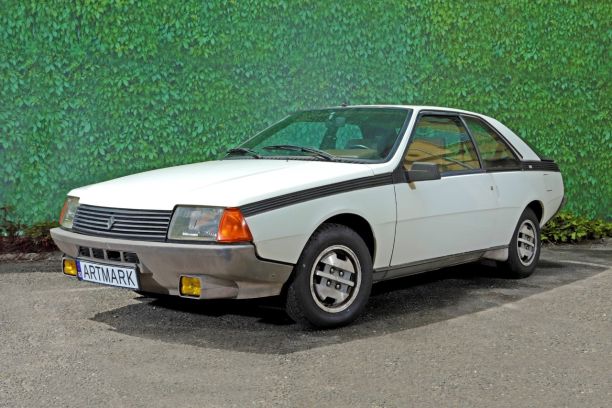 This Renault Fuego belonged to the family of Romanian dictator Nicolae Ceausescu.

A Renault Fuego GTS given by former Romanian dictator Nicolae Ceausescu to his daughter is about to be auctioned. The starting price was set at €500 for this coupé with an unusual history.

The Romanian auction site Artmark will offer on May 19 a car with a surprising history. This is a Renault Fuego that belonged to the family of the late dictator Nicolae Ceausescu. The latter and his wife Elena offered the car to their daughter Zoia for her wedding in 1983.

A GTS with automatic transmission

On behalf of the Ceausescu couple who ran Romania, a department linked to internal security was responsible for selling Zoia’s two-seater Mercedes and then using the money thus collected to order a Fuego directly from Renault factories in France. It is a GTS with 1.6 L engine of 96 hp fitted with an automatic gearbox, with white bodywork and light brown cloth upholstery. The car presents well in photos but the advertisement does not include any precise information on its mileage, its condition or its maintenance.

A Fuego seized then returned

More than two decades after its establishment, the authoritarian communist regime of Ceausescu was overthrown in December 1989 and the leading spouses were executed after a summary trial. Their family’s belongings, including this Renault Fuego GTS, were seized by the Attorney General’s office. The car was returned to Zoia Ceausescu and her husband in 1996. It was then used for trips outside the city, while the couple preferred a Dacia 1310 also offered by Zoia’s parents for driving around Bucharest. Zoia Ceausescu died of cancer in November 2006 after pursuing a career in mathematics. The recent history of the car is unknown. The coupe will go on sale with a minimum price of €500.

TO READ. Dacia. 10 million cars produced by the Romanian brand

Apple sells more iPhones, but not everything is going well