Adult diabetes accounts for 12% of the causes of death in the United States, a significantly larger proportion than previous estimates. 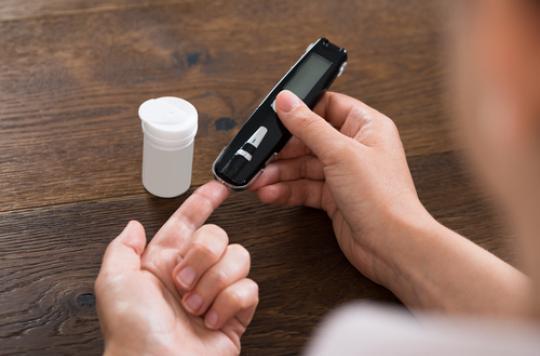 Diabetes is often referred to as a silent epidemic. A study also reveals this Thursday that its consequences are largely underestimated overseas. This disease, the frequency of which has sharply increased in recent years with the increase in obesity, has even become the third cause of death in the United States after cardiovascular pathologies and cancer.

According to the only similar study previously conducted using data collected in the 1980s and 1990s, only 4% of all deaths in the United States were then attributed to diabetes. But for this new estimate made by the universities of Pennsylvania and Boston published in PLOS ONE, Andrew Stokes, a demographer from Boston University (Massachusetts) relied on two large representative national databases including the “National Health Interview Survey” which can provide a sample of more than 282,000 individuals.

These data made it possible to follow people to their death certificate and to make a comparison between diabetics and non-diabetics, explain these scientists. They were able to determine that diabetes represents 12% of the causes of death in the United States. These authors therefore conclude that diabetes as a cause of death had hitherto been largely overlooked.

They reveal, in fact, that the annual statistics of mortality and longevity are used to highlighting major factors such as drugs, alcohol abuse and suicide, but never diabetes. “Since a diabetic often suffers from cardiovascular and kidney complications, it can be difficult to determine the exact cause of death, which creates ambiguity on the death certificate and leads to erroneous mortality statistics,” said the team.

22 million diabetics in the United States

The researchers therefore stress the importance of having more accurate estimates of this disease and the mortality it causes. In 1980, the Centers for Disease Control and Prevention (CDC) estimated that there were 5.53 million people with diabetes in the United States. In 2014, that figure almost quadrupled, reaching 21.95 million.

“The life expectancy of Americans has increased very slowly over the past decade and even declined slightly in 2015,” notes Samuel Preston, professor of sociology at the University of Pennsylvania. “It is very likely that obesity and diabetes together were a major factor in slowing longevity gains (…) and these new statistics should be useful in determining their role more precisely,” he concludes.

Trump decree: multinationals to the aid of migrants

United States: smoking is no longer popular among teenagers

Diabetes: 7 reflexes for the best treatment