People who consume milk, cheese and yogurts in large quantities are more likely to suffer from cancer. 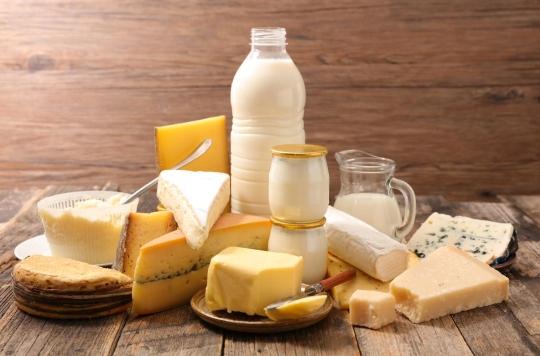 “Previous studies focusing primarily on Western populations have reported contrasting associations between dairy product consumption and certain cancers, including a positive association with prostate cancer and inverse associations with colorectal cancer and breast cancer. , there are few data from China, where cancer rates and dairy consumption levels differ significantly from those of Western populations.” This is what researchers from the University of Oxford in England (United Kingdom) wrote in a study published in the journal BMC Medicine May 6.

As part of this work, the authors analyzed data from 510,146 people living in China, collected between 2004 and 2008. The participants, divided into three groups, completed a questionnaire on their eating habits, more specifically on the frequency with which they they ate dairy products. To quantify the association between dairy consumption and cancer risk, the researchers estimated the average amount of usual consumption for each group.

Overall, 20.4% of participants reported consuming dairy products regularly, meaning at least once a week. During the follow-up of approximately 11 years, 29,277 new cases of cancer were identified. According to the scientists, 3,191 people had liver cancer, 2,582 adults contracted breast cancer and 915 volunteers suffered from lymphoma.

According to the results, positive associations were observed between the consumption of dairy products and the risks of cancer. “Among Chinese adults whose dairy intake was relatively lower than that of Western populations, higher dairy intake was associated with a higher risk of liver cancer, female breast cancer, and possibly , lymphoma”, can we read in the works.

The study that sheds light on the causes of cancer

Pancreatic cancer: what is the disease that caused the death of singer Arno?

Papillomavirus vaccine for girls: 1 in 4 French people not convinced

Olivier Véran: “We must be more effective in preventing cancer”

How to avoid developing cervical cancer?