Contraception: no weight gain with the pill, but a morphological change

Among the criticisms leveled against the birth control pill, the allegation that it makes you fat is resisted. However, according to endocrinologist Maria Gallo, this is a myth with no scientific basis. In reality, the pill would change the morphology of the body by affecting fat storage and musculature. 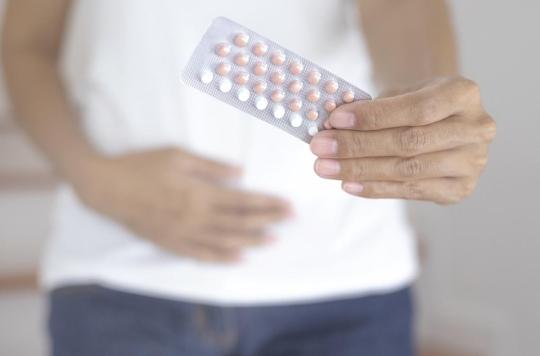 The contraceptive pill is known to make those who use it gain weight. For a long time, we owe our small weight gains to this oral contraceptive. However, this would be more of a legend than a scientific fact, indicated a BBC Future article spotted by Slate. On the UK site, Maria Gallo, an endocrinologist at Ohio State University, lead author ofa meta-analysis of 49 studies on birth control pills, concluded that there was no “no significant effect” on the weight.

“It’s the same reason there’s this idea that vaccines can cause health problems. If you give them to a population, you’re going to have people who have health problems, whether they’re related to the vaccine. or not”, explained Maria Gallo. This is a phenomenon called “apophenia”, that is to say an alteration of perception which consists in seeing a relationship between elements when there is none.

In the case of birth control pills, the endocrinologist pointed out that patients gained an average of one kilogram per year, starting in adulthood. This means that most women’s weight gain coincides with when they start birth control. Therefore, they can easily attribute the weight gain to the birth control pill, rather than blaming themselves for overeating.

There are no scientific studies showing that the pill causes weight gain, but research suggests that it can alter the shape and composition of the body of women who take it.

A study conducted in 2009 by Steven Riechman, an exercise physiologist at Texas A&M University, revealed the action of birth control pills on muscle mass in women. The researchers subjected a group of men and women to 10 weeks of intensive training. The participants were then weighed. The team then discovered that the women who took the pill had gained 40% less muscle than those who did not take it.

Even more surprising: not all women who took birth control pills experienced poor muscle growth, only those taking some type of progesterone. “We are convinced that it is progesterone that is the cause”, Professor Riechman said. According to him, by competing for the same binding sites as muscle, the hormone blocks signals, leading to reduced development.

The pill is also suspected of altering the distribution of stored fat in the body. A study found that women who took high estrogen pills tended to have a pear-shaped figure and more subcutaneous fat, but not necessarily more fat overall.

A final downside due to taking the pill, well known to women, and which is sometimes confused with weight gain: bloating. This unpleasant bloated feeling occurs because estrogen also affects how the body metabolizes water by affecting the production of certain proteins in the kidneys. Result: the body retains more fluid, which then infiltrates the adipocytes and causes them to swell. In women who tend to store more fat in their breasts, buttocks and thighs, these areas may develop more.

The first contraceptive implant for men

Hormonal contraceptives: how they affect the brain of teenage girls

The morning after pill will soon be free for all women