Teenagers who have had a concussion within the year are more likely to perform poorly in school, according to a new US study. 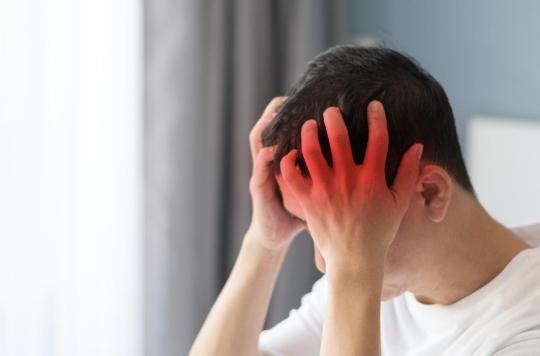 According to one study published online in the journal Injury Prevention, teens who have suffered a concussion in the past 12 months may be 25% more likely to have poor academic performance than youth who have not suffered a concussion. The authors, in their conclusions, call for continuing “school-based injury prevention efforts, promotion of helmet use, in-school concussion screening, and adherence to return-to-play and return-to-learn guidelines” to reduce the risk of concussions.

14.9% of students surveyed had at least one concussion

The team of researchers from the University of Washington in Seattle analyzed data from a 2019 Youth Risk Behavior Survey – a biannual survey that monitors health risks among college students across the United States . Of more than 10,000 high school students analyzed, 14.9% reported having had at least one sports and activity-related concussion in the past 12 months. Most adolescents who reported no concussions were female (50.9%), while most of those who reported one or more concussions were male (53.1% and 63.5 % respectively).

Students who identified as black or African American represented a higher proportion of students with two or more concussions (15.6%) compared to students with zero or one concussion (10.6% and 9, 4% respectively). But the researchers said future studies are needed to examine the interaction of race/ethnicity on this aspect.

A study with certain limitations

The authors acknowledge that their study has some limitations because it does not allow them to assess changes in grade level before and after reported concussions. Additionally, students’ self-reports regarding their concussions and academic performance were not verified. Finally, the study does not incorporate socio-economic variables such as family income and place of residence.

Hypertension: people who suffer from it at night are underdiagnosed

School phobia: “To recognize it, ask your child about his daily life outside of school”

Vegan diet: what are its health benefits?

Covid, flu or bronchiolitis: make the difference in a sick child