Cognitive decline: prevention sessions would prove their worth in people at risk

To prevent dementia in people at risk, it would take between twelve to fourteen treatment sessions. Beyond that, they no longer have any effects on patients. 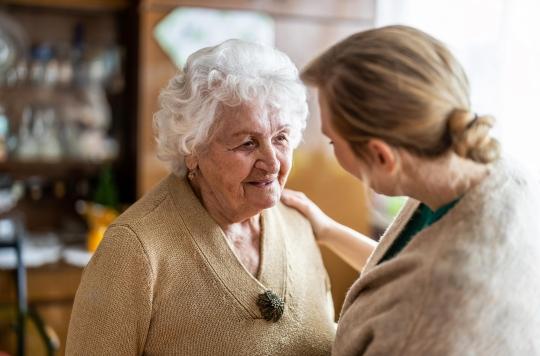 Nearly 10 million new cases of dementia are reported each year worldwide, according to theNational Institute of Health and Medical Research (Inserm). This can be defined as a state of global and progressive intellectual impairment. The dementing processes include various conditions, but the most common and best known is Alzheimer’s disease. All pathologies related to dementia are generally manifested by disorders of memory, language, recognition of objects or usual gestures, behavior and judgment as well as disorientation in space and time. But this major public health problem, obviously related to age, could be avoided according to a new study published in the journal Alzheimer’s & Dementia: The Journal of the Alzheimer’s Association.

“Defining an optimal number of treatment sessions is crucial”

During their work, the researchers were able to determine the number of preventive treatment sessions needed to prevent dementia from developing in people at risk. They set the figure between 12 and 14 sessions maximum because, beyond that, they no longer offer additional benefits. “Defining an optimal number is crucialexplains Sylvie Belleville, lead author of the study. Indeed, offering too few sessions will not produce significant improvement effects, but too many sessions is also harmful because these interventions are expensive. They are important both for the individual undergoing the treatments, in terms of time and involvement, and for the establishment offering these treatments.”.

Differentiate the impact of the treatment according to the patients

During their work, the scientists studied the impact of the management of cognitive decline in 749 patients. These included cognitive stimulation sessions to improve or maintain physical and cognitive abilities but also, in parallel, dietary advice and physical activity. All participants were followed for three years. Thus, the scientists differentiated the improvement that this treatment brought to the patients according to their age, their sex, their level of education and their cognitive and physical condition at the time of the treatment.

People with a low level of education need more sessions

Result: only 12 to 14 maximum treatment sessions were necessary to prevent dementia in patients at risk. However, the authors qualify this conclusion. They observed that people with a lower level of education or those with higher risk factors had to take more to obtain satisfactory results. The scientists therefore conclude that, as with all treatments, treatment for dementia must be personalized but that too much should not be done, otherwise patients will be exhausted without improving their clinical results.