Carrie Fisher: Did her death cause her mother’s death?

Carrie Fisher’s mother, Debbie Reynolds, died on December 28, a day after her daughter, at the age of 84. A death that evokes “broken heart syndrome”. 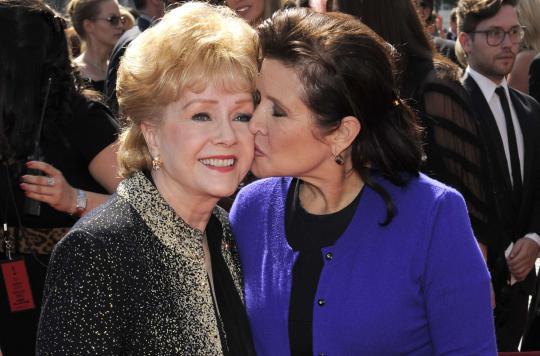 The passing of Carrie Fisher, best known for her portrayal of Princess Leia in Star wars, has moved the whole world, and especially fans of the saga. Her mother, Debbie Reynolds, issued a statement at the time. “Thank you to everyone who embraced the gifts and talents of my awesome and adored daughter. I am grateful for your thoughts and prayers which will now guide her to her next step ”, signing“ Carrie’s Mum ”.

The emotion aroused by the death of her daughter, in this 84-year-old woman, would she have precipitated a cardiac pathology, leading to her death? In January 2016, the French Federation of Cardiology (FFC) warned of the effects of emotional stress that can trigger broken heart syndrome (or stress cardiomyopathy), the symptoms of which are similar to infarction. It is best known by the Japanese name of “Tako-Tsubo”, literally “octopus trap”. One of the heart’s ventricles takes on a characteristic shape, close to that of the cages used to fish the animal.

In September 2015, a study from the University of Zurich showed that this disease affected 2% of admissions for myocardial infarction, and resulted in death in 3.7% of cases. It is caused by an intense emotional shock, such as the loss of a loved one, but also a romantic breakup, associated with physical fatigue. In nine out of ten cases, it is women who are affected.

No information confirms the cardiac origin of this death, and it is more likely that the mother of Princess Leia died of a heart attack than of Tako-Tsubo. But Debbie Reynolds, at the time of her discomfort, had gone to her son’s house to plan Carrie Fisher’s funeral.

Debbie Reynolds was also a famous actress, one of the last still alive of the golden age of Hollywood. In 1952 and at the age of 20, she shared the poster with Gene Kelly in the famous Singin ‘in the rain.

Meningitis: death of a 21-year-old woman

Heart disease: the leading cause of death worldwide

Five dollars per person to save 4 million lives

Human rabies: one death in Ile-de-France