Children exposed to cannabis during pregnancy are more likely to suffer from psychopathologies such as anxiety, depression or other psychiatric disorders. 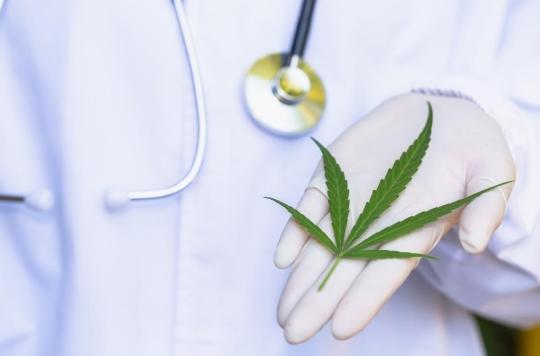 Pregnancy is a pivotal period for the development of the child. Risky behaviors at this time can have consequences later. According to a study published in JAMA Pediatricscannabis use by pregnant women can cause psychological problems in children.

The authors, researchers from the University of Washington, relied on data from an American study called ABCD. It focuses on the brain and cognitive development of adolescents and includes 12,000 children and their parents. The first responses were collected from 2020, when the children were between nine and ten years old. “In the first wave, they were just childrenunderlines David Baranger, co-author of the research. Now they’re approaching adolescence. We know this is a time when a lot of mental health diagnoses are being made.”

A rise until the twenties

By comparing children who were exposed to cannabis during pregnancy with those who were not, the researchers observed that they had high rates of symptoms of psychopathology at the age of 11 and 12 years. The main disorders identified by the researchers were depression and anxiety. However, the rate remains stable compared to childhood, but the researchers point out that the risk of disorders and/or problematic substance use remains higher than for children not exposed to cannabis during pregnancy. “Once they hit 14 or 15, we expect to see further increases in mental health or other psychiatric disorders, increases that will continue into their early 20s.“, underlines David Baranger.

The authors also cite a previous study, published in 2020, which found that young children who had been exposed to cannabis before birth were more likely to suffer from sleep problems, have low birth weight and poor performance. reduced cognition.

The same year, in the specialist journal Cam Fan Physiciana scientific team demonstrated that there was “no level of cannabis consumption (…) safe during pregnancy and lactation”. Exposure in the womb to this substance has consequences on the neurological and cerebral development of the child, and this can persist into adulthood. “Just like cigarettes, cannabis also has the effect of constricting blood vesselsspecifies the CHU Sainte-Justine – University of Montreal in a document. In this way, the baby receives less nutrients and oxygen through the placenta, which harms its development.” From a motor point of view, exposure to marijuana during pregnancy can also have repercussions such as slower movements of the baby or tremors. Some children may also suffer from sight or smell disturbances.

Pregnancy: she is pregnant for 13 months!

Does stress make it harder to get pregnant?

Pelvis: how is this bone structure unique to humans formed?

Epilepsy drugs can be dangerous during pregnancy

Back to school: teachers are more anxious than parents