Between 1995 and today, the proportion of schizophrenia cases linked to cannabis use has increased from 2% to 8%. 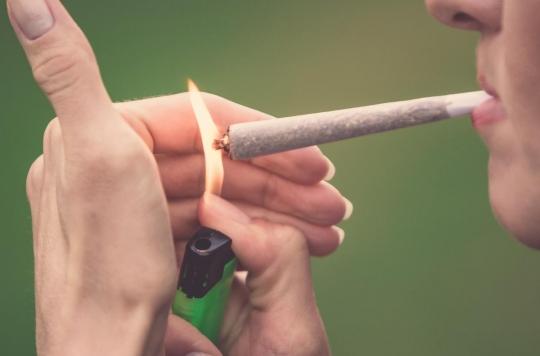 Cannabis use and schizophrenia are linked. In 2018, a study found that a predisposition to schizophrenia increases a person’s likelihood of using marijuana. Consuming marijuana could also be a form of “self-medication” for problems related to the early stages of the disease (deficit symptoms, anxiety, malaise…). In new research, scientists have found an increase in the proportion of schizophrenia cases linked to cannabis use over the past 25 years. The results were published on July 21 in the JAMA Psychiatry.

Cannabis, a “component cause” of schizophrenia

Looking at cases of schizophrenia in Denmark, researchers found that the share of diagnoses associated with a cannabis use disorder rose from 2% in 1995 to around 4% in 2000 before climbing to 8% since 2010. “I think it is very important to use both our study and other studies to emphasize that cannabis use is not harmlessstrikes at CNN Carsten Hjorthøj, professor at the Copenhagen Research Center for Mental Health and lead author of the study. There is, unfortunately, evidence to suggest that cannabis is increasingly seen as a somewhat harmless substance. This is unfortunate, as we see links to schizophrenia, lower cognitive function, substance use disorders, etc.”

The researchers point out that previous studies have reported that the risk of schizophrenia is increased for people who use cannabis. Many researchers hypothesize that cannabis use may be a “causal component,” which interacts with other risk factors, to cause disease. “Of course, our findings will need to be replicated elsewhere before firm conclusions can be drawn.says Carsten Hjorthøj. But I’m pretty confident that we’ll see similar patterns in places where problematic cannabis use has increased, as has cannabis potency, because multiple studies suggest high potency cannabis is likely driving the association with schizophrenia.”

Around 600,000 people with schizophrenia in France

For the study, researchers looked at data from Denmark’s National Health Registry and analyzed all people born before December 31, 2000, who were 16 or older at some point between January 1, 1972 and December 31, 2016. The results could help explain”the general increase in the incidence of schizophrenia that has been observed in recent years”, assures the main author. It could also provide an argument as to “the long-observed association between cannabis and schizophrenia”, according to the study.

Schizophrenia is a chronic, severe and disabling mental disorder. Its symptoms can include delusions, thought disorders and hallucinations. Worldwide, schizophrenia affects 20 million people. In France, this concerns about 600,000 people. At this time, there is no cure, so doctors try to manage the symptoms with medication and therapy.

Autism: an association challenges the Minister of Health