This year, the bronchiolitis epidemic is particularly virulent in children under two years of age. To limit its spread, Public Health France has unveiled the right behaviors to adopt. 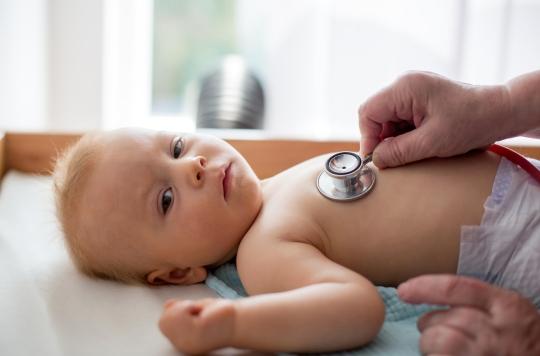 Nearly 6,891 children under the age of two were registered in the emergency room for bronchiolitis from October 31 to November 6, according to the latest epidemiological bulletin from Public health France.

Bronchiolitis is characterized by a respiratory infection of viral origin mainly caused by the Respiratory Syncytial Virus (RSV). This disease is common in children under two years of age and usually results in an episode of respiratory discomfort (coughing, rapid and wheezing breathing).

Bronchiolitis : wash your hands before coming into contact with a baby

Faced with the increase in cases of bronchiolitis, Public health France unveiled several simple recommendations to put in place to reduce the risk of contamination and thus protect a baby.

The bronchiolitis virus is contained in salivary secretions. It can therefore be transmitted by the spread of infected droplets when a sick person coughs, speaks or sneezes. The authority therefore recommends that parents wash their hands well before and after contact with the baby, in particular when changing, bottle and meal. Bronchiolitis can also contaminate objects such as, for example, pacifiers or comforters that children often put in their mouths. It is advisable to wash them regularly to limit the risk of contamination.

Bronchiolitis can also affect adults or older children. But, the latter generally present asymptomatic forms of the disease or a simple cold. To prevent the risk of transmission to a baby, it is therefore better to limit visits to nearby adults and avoid kisses and hugs during the epidemic. Visits to infants under three months are also discouraged.

Another good thing to do: ventilate the different rooms of the house for at least ten minutes a day, especially the bedroom where the young child sleeps. Air currents help drive out small virus particles that remain suspended in the air. It is also recommended to avoid smoking in the presence of an infant in order to limit the risks of aggravation and relapse of the disease.

In winter, viral infections are common. Influenza, gastroenteritis and bronchiolitis are the main illnesses caused by winter viruses. Siblings should not come into physical contact with a baby when they are affected by a viral pathology.

“Avoid entering the community (nurseries, daycare centers, etc.) before three months, do not entrust your child to community care on the days when he shows symptoms of viral infection”also warned Public Health France.