Breast cancer: temporary suspension of use of Docetaxel

The INCa and the ANSM recommend no longer using docetaxel in the treatment of breast cancer, after the death of five patients. 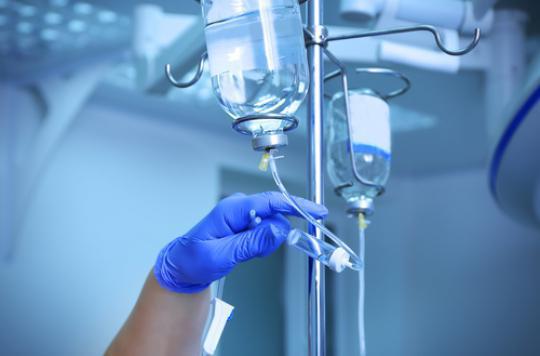 Still no answer on the cause of death of five patients treated with docetaxel in France, but new recommendations on the use of this cancer drug. “The National Cancer Institute (INCa), in conjunction with the National Agency for the Safety of Medicines and Health Products (ANSM) recommends as a precaution, after consulting health professionals, to temporarily avoid the use docetaxel in localized, operable breast cancers”, we learn by press release.

The decision follows the deaths of five patients with breast cancer with a good prognosis, between August 2016 and February 2017. All were treated with docetaxel, a generic of Taxotere, and developed enterocolitis (inflammation of the digestive tract). fatal outcome. The ANSM launched an investigation last September in order to shed light on the origin of these deaths which remain, for the time being, mysterious.

Accused on both sides of reacting too late, the agency is therefore emerging from its silence with these new recommendations, already applied by the Institut Curie, which suspended on its own, as of Thursday, the use of docetaxel in its services while waiting to see more clearly. “The ANSM ensures that the national territory is supplied with paclitaxel”, a therapeutic alternative to docetaxel. However, the recommendation does not concern other cancers treated with this drug (lungs, ovaries, etc.).

In the mail sent to health professionals, INCa and ANSM also have this formula, which will absolutely have to be clarified. “The INCa and the ANSM recall the absence of Marketing Authorization or Temporary Recommendation for Use for docetaxel in a neoadjuvant situation”.

Docetaxel is not indicated as a neoadjuvant treatment, recall the two authorities. Can this off-label use be linked to the deaths observed? The question remains unresolved. Internationally, studies have been conducted to assess the efficacy of docetaxel in the neoadjuvant treatment of breast cancer.

The results demonstrate a benefit in pathological and clinical response, but are not significant regarding the impact of these benefits on survival. They also evoke an unequal effectiveness according to the patient profiles. Finally, the data recall the very high toxicity of the molecule, linked to its anti-cancer profile.

“INCa and ANSM will come back to health professionals to share the results of the various investigations currently being carried out and adapt the measures accordingly”, concludes the press release.

Brain metastases in breast cancer: the role of an olfactory receptor

Breast cancer: we now know how to avoid unnecessary chemotherapy

Sea sponges to the rescue of cancer treatment?

Sharon Stone shares her mammogram: for whom and how to screen for breast cancer?

Breast cancer: “The goal is to completely replace chemotherapy with targeted treatments”

Levothyrox: extension of the old formula until the end of 2021

Coronavirus: should we be worried about a shortage of medicines to come in Europe?