According to a new study, being unhappy or experiencing loneliness accelerates the aging process more than smoking. Indeed, mental health damages the biological clock of the body, increasing the risk of diseases. 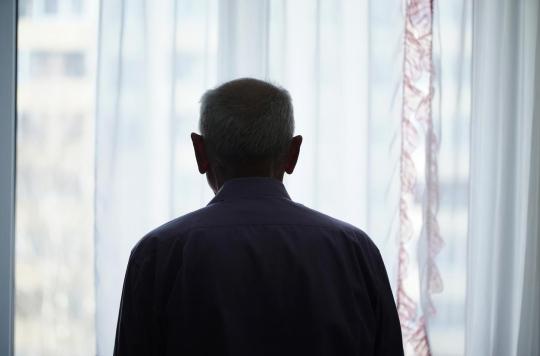 The authors ofa new studypublished in the journal Aging US, report detecting accelerated aging in people with a history of stroke, liver and lung disease, smoking, and in people with a vulnerable mental state. More surprisingly, they found that feeling lonely, unhappy or hopeless is more associated with increasing a patient’s biological age than the harmful impact of smoking.

Using blood and biometric data from nearly 12,000 Chinese adults, the international team of researchers measured the effects of being alone, having restless sleep or feeling unhappy on the acceleration of the rate of aging. Its increase increases the risk of Alzheimer’s disease, diabetes and heart disease, among others. Being single or living in a rural area (due to poor availability of medical services) are also important factors.

“We show that psychological factors, such as feeling unhappy or being lonely, add up to one year and eight months to a person’s biological age”say the researchers of the start-up Deep Longevity in the summary of their study. “The overall effect exceeds the effects of biological sex, place of residence and marital status and smoking status. We conclude that the psychological component should not be ignored in studies of aging due to its significant impact on biological age, they add.

Mental health has a strong effect on biological aging

This study is the first of this magnitude to look at what researchers call “the aging clock.” This concept bridges those of biological and psychological aging. It shows that mental health has a greater effect on the rate of aging compared to a number of health conditions and lifestyle habits. The resulting molecular damage accumulates and contributes to the development of fragilities and serious diseases. In some people, these processes are more intense – what scientists call accelerated aging.

Fortunately, researchers say that the acceleration of aging is detectable before it leads to disastrous consequences. These “aging clocks” can also help create large-scale, individualized anti-aging therapies, as long as treatments focus on mental health as much as physical health, the researchers note.

Having weak muscles is as bad for your health as smoking

Mental health: houses that are too cold are detrimental to well-being

Living and socializing with others, the solution against dementia?