Women who have had bariatric surgery should wait two years before having a child to avoid complications. Explanations. 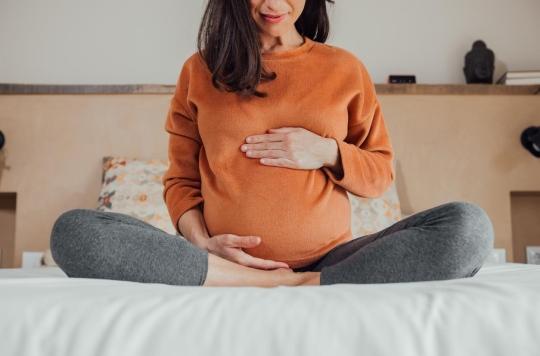 At least 12 months before trying to have a baby and therefore about two years before it is born… These are the times that researchers recommend for women who have undergone bariatric surgery. According to them, not respecting them would expose future mothers and their babies to complications and even long-term health problems. Their work was presented at European Obesity Congresswhich took place in Maastricht, the Netherlands.

Many women have bariatric surgery

Bariatric surgery, also called obesity surgery, is an intervention that aims to make the person suffering from obesity lose weight. This can only be considered if the person has already tried to lose weight, with specialized medical care over several months, but has never succeeded. This type of intervention is increasingly practiced in France. In 1997 there were 2,800 bariatric operations, while in 2016 there were 59,300 according to the Directorate of Research, Studies, Evaluation and Statistics. This operation is also increasingly common among women: more than 80% of operated patients are female. And, often, they are of childbearing age.

Risks of pre-eclampsia and gestational diabetes for moms

According to the researchers, having a child without waiting at least two years exposes women to two main risks: pre-eclampsia and gestational diabetes. Pre-eclampsia is a complication that occurs during the last trimester of pregnancy and is manifested by high blood pressure and strong albuminuria, a kidney problem. The finding of these signs in a pregnant woman requires hospitalization and the initiation of antihypertensive treatment.

And from birth with insufficient weight and height

Gestational diabetes – or pregnancy diabetes – is an increase in blood sugar (i.e. the amount of sugar in the blood) that appears when a woman is pregnant and disappears after childbirth. However, it can be dangerous for the mother and the fetus. The mother-to-be can therefore suffer from high blood pressure or develop pre-eclampsia.. She is also more likely to have a caesarean section or premature delivery. The fetus may also be stunted. For babies, the main risk is that they are very underweight and short in stature, which can expose them to various health problems.

5 times more likely to have a small baby

To achieve this result, the researchers studied the cases of 48 pregnancies after bariatric surgery. On average, the women were 34.3 years old and had a body mass index of 30.9, which is considered moderate obesity. Among them, 14.6% of babies were conceived less than 12 months after bariatric surgery, 14.6% 12 to 24 months later and 70.8% more than 24 months. Result: the average weight at birth was 2980 grams and 26.3% of babies were small. Thus, they concluded that women who had children less than two years after their operation were 15 times more likely to have a small baby than those who waited longer to conceive.

Nutritional deficiencies harmful to the baby

“The interval between bariatric surgery and conception has a significant impact on birth weight, with shorter intervals associated with a higher risk of having a very low birth weight babyExplain Bárbara Araújo, one of the authors. This is likely due to the rapid weight loss that occurs after bariatric surgery, which makes it harder for pregnant women to gain sufficient weight during pregnancy. Rapid weight loss can also lead to nutritional deficiencies which can be harmful to the baby”.

6 Infections You Shouldn’t Neglect During Pregnancy

Charcuterie, raw fish… all these risky foods during Christmas

Tattoos: needles could cause allergies