Antibiotics: how to reduce their impact on our microbiota

After analyzing a panel of studies on the subject, researchers confirm that the prescription of probiotics can significantly reduce the harmful effects of taking antibiotics on the microbiota and intestinal health. 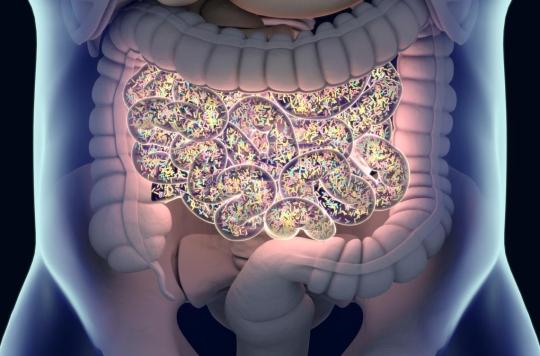 Millions of antibiotics are prescribed each year. Although they can be incredibly effective at treating bacterial infections, antibiotics usually don’t just target the bacteria that cause them. They also kill harmless bacteria that live in our gut and help keep us healthy, called the gut microbiota.

Antibiotics have significant side effects on gut health

There is evidence that the disruption of the composition of the latter can last up to two years after antibiotic treatment. However, maintaining a high diversity and a wide variety of bacteria in the intestines is essential for maintaining good health. Gastrointestinal symptoms such as diarrhea and bloating are also common side effects of antibiotic use.

In new study review published in the Journal of Medical Microbiology, researchers from various Texas and Mexican universities analyzed 29 previous studies carried out over the past seven years. They had shown that taking probiotics could reduce the gastrointestinal side effects of antibiotics, but there has been some debate about whether prescribing probiotics alongside taking antibiotics could also preserve the diversity and the composition of bacteria in the intestine. As a result, some healthcare professionals are hesitant to recommend probiotics alongside antibiotics for fear of further altering the delicate balance of the patient’s microbiota.

Microbiota: probiotics protect and restore the diversity of bacteria

The authors of this research put an end to the debate: yes, according to them, taking probiotics with antibiotics can prevent or attenuate certain changes caused by antibiotics in the microbiota. Probiotics can also help protect species diversity and even restore populations of certain beneficial bacteria such as Faecalibacterium prausnitziia bacteria that reduces inflammation and promotes a healthy gut barrier.

“When participants took antibiotics, we saw several consistent changes in certain bacterial species. But when the treatment was combined with probiotics, the majority of these changes were less pronounced and some of them were completely halted”said Dr. Elisa Marroquin, assistant professor at Texas Christian University and co-author of the article, in a communicated. She concludes: “Given the human data available so far, there does not appear to be any reason to withhold a prescription for probiotics when antibiotics are prescribed.”

Antibiotics: too many prescriptions for children

Antibiotic resistance: could the potato be our saviour?

Microbiota: antibiotics taken during childhood could lead to complications in adulthood

Excess sugar and fat unbalance the microbiota and cause disease

Peanut allergy: what if modifying the intestinal microbiota could treat it?

How to protect your intestines after antibiotic treatment?

Intestinal microbiota: here are the foods it needs