Thanks to the injection of interleukin-2, mice suffering from Alzheimer’s disease have regained their memory. Promising results which offer therapeutic hope. 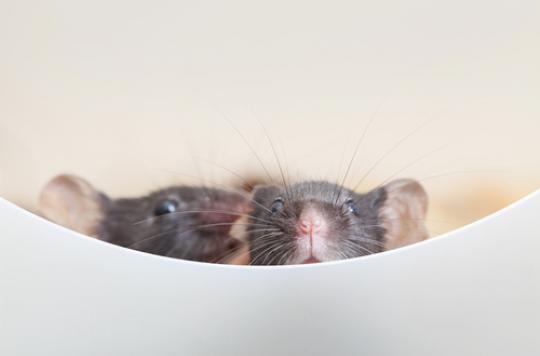 Can immunotherapy prevent and cure Alzheimer’s disease? For the past fifteen years, this therapeutic avenue has aroused hope. And a new French study published in Brain brings its stone to the edifice.
In animals, the injection of interleukin-2, a molecule produced by the immune system, has reduced brain inflammation and restored cognitive functions impaired by dementia.

Alzheimer’s disease is a neurodegenerative disease. This pathological brain destruction is faster than normal aging, and more targeted too. The death of neurons starts in the hippocampus before spreading to the rest of the brain. A cellular disappearance which generates an inflammation which itself contributes to amplify the neurodegeneration. Interrupting this vicious circle therefore presents itself as a serious avenue for slowing the progression of the disease.

French researchers from Inserm (1) therefore sought to boost the anti-inflammatory processes already existing in the brain. This task falls to the immune cells, called astrocytes and microglia, which attack amyloid plaques, one of the causes of Alzheimer’s disease, and which secrete cytokines responsible for regulating the intensity of the immune response. Among them, interleukin-2 (IL-2) is observed.

However, laboratory mice lacking this molecule have impaired learning and memory faculties. Signs similar to Alzheimer’s disease. A significant decrease in IL-2 is also found in patients who died of Alzheimer’s disease, scientists report.

These consistent observations therefore led the research team to treat mice affected by this disease with IL-2 injections. After several weeks of treatment, the presence of amyloid plaques regressed and neuronal connections were reformed. Improvements synonymous with the recovery of certain cognitive functions such as memory.
Unlike mice not treated with IL-2, guinea pigs that received the treatment passed memory tests as well as healthy animals.

“This work demonstrates the value of immunotherapies for the treatment of Alzheimer’s disease, and in particular the value of interleukin-2,” say the authors. This treatment addresses the consequences of the disease, the loss of synapses and the cognitive symptoms that accompany it. Its therapeutic potential will now have to be evaluated in humans ”.

(1) This work was directed by the teams of Nathalie Cartier-Lacave (Joint Inserm-CEA 1169 Unit “Genetic, genetic, epigenetic therapy in neurology, endocrinology, cardiology and child development”) and David Klatzmann (Director of the Joint Inserm-Pierre and Marie Curie University Unit 959 “Immunology, immunopathology, immunotherapy” and head of the biotherapies department at the Pitié-Salpêtrière hospital, AP-HP).

Alzheimer’s: the “loss” of the Y chromosome increases the risk

Periodontitis: gum disease could be the cause of Alzheimer’s disease

A promising vaccine for patients with HER2-positive cancer

Alzheimer’s: in the United States, a city of the 50s has been reconstituted for the patients

Nobel Prize for Medicine: crowning of the revolution in immunotherapy in cancerology

Fibromyalgia: inflammation of the brain demonstrated for the first time

Memory and trauma: better understanding our memory processes after a shock