Singaporean and English researchers have succeeded in replicating the molecule of a treatment used to treat Parkinson’s and Alzheimer’s diseases, thanks to extracts of the ergot fungus, which is found in particular in baker’s yeast. 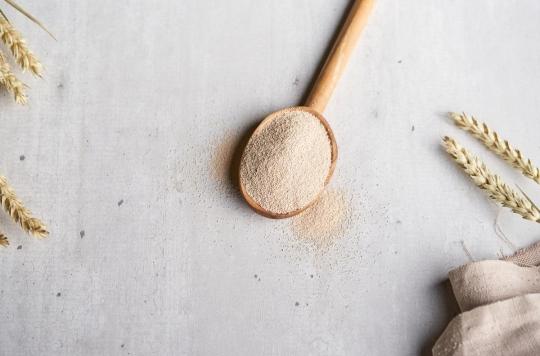 Ergot alkaloids are a class of natural products known for their pharmacologically privileged molecular structure, especially in the treatment of forms of dementiasuch as Parkinson’s and Alzheimer’s disease, but also other neurological diseases such as migraine. “Their synthesis by chemical and biological routes is therefore of industrial interest, but it comes up against several difficulties.s”underline the authors of this study published in NatureCommunications.

These medicines are produced from extracts of the ergot fungus, a parasite which develops in the fields of cereal crops (wheat, rye). However, these treatments have limited resources, insofar as they are linked to industrial agriculture, impacted by climate change and criticized for its carbon impact.

Reconstituting the ergot alkaloid pathway in a strain highly adapted to liquid fermentation, however, could potentially solve these problems, argue scientists from the Yong Loo Lin School of Medicine at the National University of Singapore and Imperial College (London, England), who carried out this work.

A method that could lead to industrial production of drugs

The study focused on the main therapeutic molecule of ergot, called D-lysergic acid (ALD). To reduce the use of arable land associated with the production of this drug, the researchers tested an alternative method of producing ALD.

Their experiment involves using derivatives of ergoline (a chemical compound of several alkaloids) from a chassis of baker’s yeast, one of the first cellular organisms to have its genome modified.

Using the same fermentation process used to make beer and bread, these modified fungal cells were then able to feed on sugar to produce ALD – or just under 2 mg of the compound in a one-litre reactor.

According to the researchers, although the volumes produced in the study were small, the approach could be scaled up to industrial levels, allowing yeast to produce tons of this compound each year. “Our work demonstrates proof of concept for the biological production of ergoline-derived compounds from sugar in a modified yeast chassis.” say the scientists.

According to statistics, between 10 and 15 tons of ALD are produced each year to meet the global demand for drugs made from this molecule.