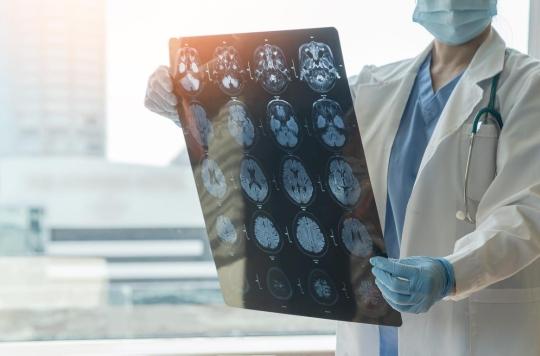 This may be the first step towards a cure for Alzheimer’s disease. According to researchers, a drug usually given to patients with type 2 diabetes could slow cognitive decline in the elderly, especially those with disorders or pathologies such as Alzheimer’s disease. Their work has just been published in the journal Journal of Neurology.

A link between insulin resistance in the brain and cognitive decline

To reach this result, researchers at Beth Israel Deaconess Medical Center in Boston, USA, assumed that insulin resistance in the brain could be linked to cognitive decline. Thus, they wanted to test the impact that a treatment for diabetes could have on brain health.

During their experiment, they therefore divided the patients into three groups. The first two were given an insulin-based medicine to treat diabetes – in the form of a nasal spray – for twenty-four weeks. In group 1, the patients were diabetic but not in group 2. Finally, in the third group, the participants received a placebo.

Better results in those who took the insulin treatment

At the end of their clinical trial, the scientists found that the patients in group 1 performed better on cognitive tests compared to when they were not taking this drug. They also had a faster walk. On the other hand, for patients in group 2, those who were not diabetic but who took the drug, the researchers noted an improvement in their verbal memory and decision-making, which was not the case in group 3.

“The consistency of trends in data showing better performance in walking speed and cognition in participants treated with intranasal insulin, particularly in those with prediabetes, has broad implications for potential early intervention using intranasal insulin. in this population to prevent or slow progression to dementias related to Alzheimer’s disease“, believes Long Ngo, one of the main authors of the study.

Towards a treatment for Alzheimer’s disease

Scientists now intend to continue their research to verify that this treatment is safe for patients with cognitive disorders. A discovery that could well be revolutionary. Indeed, currently, there is no treatment that can cure or stop the progression of Alzheimer’s disease. However, it remains the most common neurodegenerative pathology in France, with more than 1.2 million people suffering from it, according to health insurance.

A new treatment for Dupuytren’s disease proves its worth

How do tics develop?