This dysregulation occurs especially at the onset of the disease. 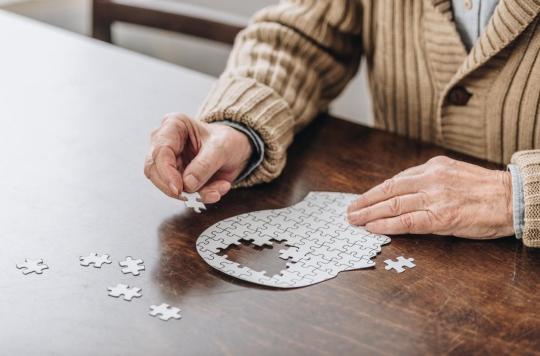 In France, 1.2 million people have Alzheimer’s disease according to health insurance. This neurodegenerative pathology is the most common in France. It is due to the degeneration of neurons in the brain and is characterized by various symptoms: memory disorders, the execution of simple gestures, orientation in time and space as well as cognitive functions. Other adverse effects of this pathology include disruption of daily activities and sleep of patients, linked to circadian rhythm dysfunction. According to the work presented at the annual meeting of the Society for Neuroscienceit is the accumulation – due to illness – of beta-amyloid in the brain that influences circadian regulation of learning and memory early in the disease process.

In Alzheimer’s disease, amyloid plaques are substances that form around neurons and prevent them, among other things, from functioning properly. Those are the beta-amyloid proteins that cause these amyloid plaques. The circadian rhythm, on the other hand, can be defined as an individual’s internal clock, which is timed to the daily 24-hour day/night rhythm. This is very important because it controls many physiological activities of the body, such as sleep, mental health, food, hormonal secretions, digestion, blood pressure… But also I’learning and the formation of memory. It is these last two elements that the authors studied, in the context of Alzheimer’s disease.

Circadian dysregulation of learning and memory early in the disease

To carry out their work, the scientists studied mice in which they accelerated the accumulation of beta-amyloid in the brain in order to assess short, medium and long-term memory. This temporality represents both the early and late stages of the disease. According to their internal clock, these animals are generally more active at night. During their experiments, the researchers tested several cognitive behaviors in mice.

“In normal mice (not suffering from Alzheimer’s disease)there was a time-of-day difference in memory retrievalsays Anisha Kalidindi, a doctoral student who participated in the study. In the mouse model of Alzheimer’s disease, there was none (…) which means that their clock is dysfunctional”. In other words, the normal mice were more reactive at night, whereas in those who were sick, the time did not change their behavior. On the other hand, according to the study, the circadian dysregulation of learning and memory would be more observable at the onset of the disease.

Diet and exposure to daylight also regulate the internal clock

To assess medium-term memory, the scientists conducted another experiment, on those mice with higher beta-amyloid accumulation. They presented them with an object, which they then made disappear for 30 minutes. Once that time passed, they placed it in a different place, another area.

Result: the mice that did not have Alzheimer’s understood this change of place more at night than during the day, but here too, in those with Alzheimer’s, there was no difference between day and night. “Sleep is regulated by the circadian rhythm, but this is also influenced by diet or exposure to daylightconcludes Anisha Kalidindi. I hope this research will lead to a better understanding by the public of the importance of the circadian rhythm for overall health as well as for learning and memory.“. The scientists want to continue their work to determine more precisely the role of the internal clock in Alzheimer’s disease.