Allergy: a campaign with teddy bears is controversial in Norway 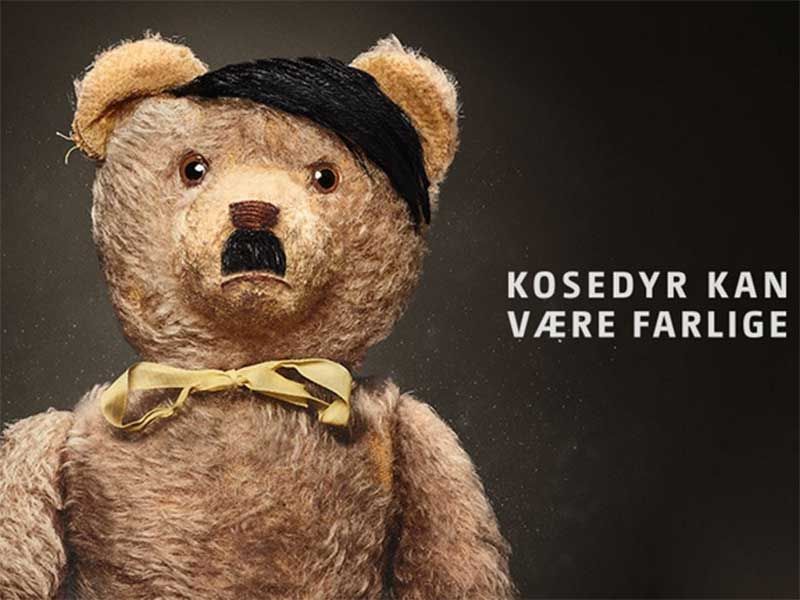 A teddy bear wearing Hitler’s mustache, another resembling Kim Jong-il, a former North Korean leader, or Gaddafi, the former iron man of Libya. This curious cast of dictator nannies is enough to make children and especially their parents laugh yellow. This curious association was made knowingly by LHL, a Norwegian association for the fight against diseases of the heart and lungs.

The collective decided to turn carefree stuffed animals into dangerous characters to raise awareness of the risk of asthma and allergy they may present. Each tyrant teddy bear photo is accompanied by the text: “Teddy bears can be dangerous. Dust that collects in children’s rooms can cause asthma and allergies. Wash soft toys four times a year.”

This campaign to encourage the washing of children’s cubs received a half-fig, half-grape welcome, between incredulous parents and those outraged by the questionable metaphor. On the Facebook page of the association, we can read comments outraged by this lack of taste. “My children’s stuffed animals haven’t killed anyone, don’t have torture chambers, haven’t slaughtered or gassed children and I’m sure they have nothing against Jews. Stop comparing bears plush toy with mass murderers! ” a mother is indignant, taken up by the Culture pub site.

Faced with the wind of criticism, the association explained that it did not want to shock without justifying the choice of customized plush toys. Provocation is a way to raise awareness, the collective has understood this well.

Children: getting dirty is good against allergies

Colorectal cancer: INCa wants to reduce the number of cases

Allergology: finally recognized as a specialty in France

An information campaign on the role of midwives

The Doctors of the World campaign on drug prices censored?

Allergy: a disease too often overlooked