The consumption of alcohol, tobacco products as well as foods high in sugar and fat, remains widespread in reality television programs. 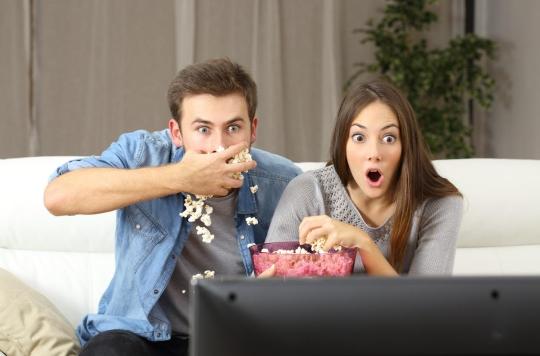 Reality television programs are a major source of exposure to tobacco, alcohol and junk food imagery, according to a study by Oxford University Press published in the Journal of Public Health.

The researchers looked at a sample of 20 reality TV shows airing from 2019 to 2020 in English-speaking countries to try to assess the potential exposure of young people to tobacco, alcohol and foods high in sugar and fat.

They measured the number of one-minute intervals containing images of tobacco, alcohol, and junk food, including actual use, implied use, and product-specific tagging and found that tobacco content appeared in 2% of the intervals on 2% of the episodes watched.

Despite regulatory controls regarding the presentation of tobacco and alcohol on television, alcohol appeared in 39% of intervals and 98% of episodes studied. Foods high in sugar and fat appear in 13% of the intervals watched and in 88% of the episodes studied.

More than in Netflix programs

In these television programs there is more content relating to tobacco and junk food than in Netflix programs, but there is no significant difference with regard to alcohol.

The researchers also did not find substantial variance in the amount of tobacco and brands shown between the different countries studied, but they did find significantly more intervals containing alcohol and junk food in programs in the Kingdom. UK versus reality TV made in the US or Australia.

The lead author of the study, Alexander B. Barker warns of the deleterious effects of such exposure: “These programs are widely watched and viewed by young people and the nature of reality television, with its role models, likely influences the tobacco, alcohol and food consumption choices of young people. Current regulations around the portrayal of this imagery in popular programs are not sufficient and need to be reviewed to prevent exposure of young people.”

This, especially since there are now strong evidence the existence of a causal link between exposure to advertising or other audiovisual content on tobacco, alcohol and foods high in fat, sugar or salt in the media, including including television programs, and the subsequent increase in consumption among children and adolescents.

Against atrial fibrillation, it is imperative to quit smoking!

Acne: sugar and milk in charge

Smoking as a risk factor for depression in young people

Tobacco: do not hesitate to take a lot of nicotine to quit

Tobacco-free month: people with mental illness find it much harder to quit

Thanks to this vaccine, nicotine addiction will soon no longer be a problem

Inventory of risky behaviors among adolescents