A simple blood test would identify a risk of suicide

Blood markers specific to people with the intention of committing suicide have been identified. 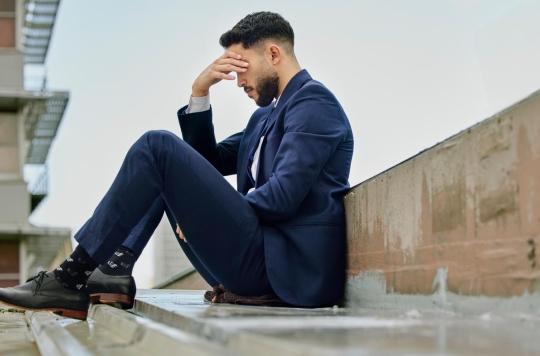 Identify the risk of suicide through a simple blood test? This seems unrealistic and yet this is what researchers at the University of California at Irvine suggest. They have just developed an approach to identify biomarkers predicting the risk of suicide in major depressive disorders, work published in Translational Psychiatry.

But how can such a risk be detected in the blood? The researchers used data from blood and brain samples from suicide victims. And there they discovered changes in gene expression during the stress response. These changes notably impacted the metabolism of polyamines, the circadian rhythm, immune dysregulation and the maintenance of telomeres.

“These biomarkers are an important step towards the development of blood tests to identify patients at imminent risk of ending their lives and this is the first study to analyze blood and brain samples from a population affected by major depressive disorders showing differences in the expression of genes associated with suicide”, underlines Adolfo Sequeira, researcher in the department of psychiatry.

A blood test as a means of prevention

The identification of these markers and their potential use from a blood test would be a means of preventing suicide, all the more important since it is estimated that 30% of suicidal people consult a health professional in the month preceding their acting out, just as a significant increase in suicides occurs in the weeks following discharge from psychiatric hospitals. “Thus there is an opportunity for health professionals to easily assess people at risk with a blood biomarker test to assess suicide intention”, insist the authors of this study.

With approximately 10,0000 suicides per year, this gesture represents 2% of mortality in France. In our country, suicide is the leading cause of death among 25-34 year olds.

Mediterranean diet: one of the keys to treating depression?

Why do women neglect the management of depression?

When physical manifestations of sadness ward off depression

How violence between parents affects the mental health of children

Depression, bulimia, insomnia: in the heart of winter, light therapy treats many ailments

Resistant depression: a substance in hallucinogenic mushrooms can treat it