A new form of dementia, called “Late” and mistaken for Alzheimer’s, is widespread among octogenarians, a study has found. 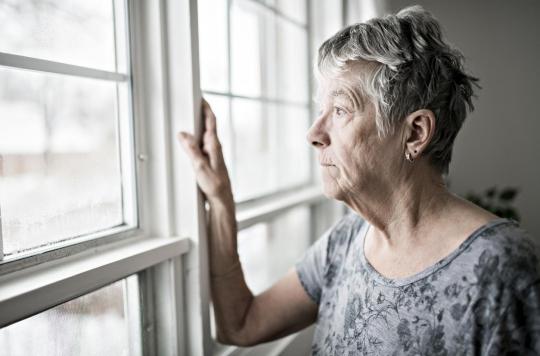 Its impact would be “as important as Alzheimer’s” in senior patients, say the researchers. A form of dementia dubbed “Late” seems to be gaining ground among octogenarians, according to a recent study.

Discovered in 2019 by neuroscientists from the University of Kentucky in the United States, Late syndrome (for Limbic-predominant Age-related TDP-43 Encephalopathy) is similar to Alzheimer’s disease in view of its symptoms, the main being a gradual loss of memory until it affects all daily activities. But the treatments usually prescribed to treat this notorious neurodegenerative disease prove ineffective against Late. Its origin is indeed different and, at this stage, still unknown.

A large clinical study has nevertheless been launched to assess the prevalence of this pathology in the population. More than 6,000 participants, aged 88 on average and from all over the world, took part in the study. Their brains were analyzed in the form of biopsy, genetic and clinical data. And the first results fell, published in the journal Acta Neuropathologica : approximately 40% of the elderly would be affected by this new form of dementia (they were only 25% during the previous survey of 2019). A proportion that rises to more than 50% among seniors already suffering from Alzheimer’s.

A hope for treating dementia

“Given that older ages are when dementia is most common, Late’s results are particularly important. Although there are many differences between the studies that are combined here, from design to methodologies, they reveal the importance of Late and suggest that our findings will be relevant beyond any country or region of the world”, said Carol Brayneprofessor of public health at the University of Cambridge and member of the research team, to SciTechDaily.

This discovery raises hope in the medical profession, because it could explain the bitter failure of the therapies against Alzheimer’s tested so far: it was simply not the right diagnosis. It is now necessary to find an effective drug against Late.