Implanting faecal microbiota in elderly mice would slow down their aging, particularly in the intestine, brain and eyes. Explanations. 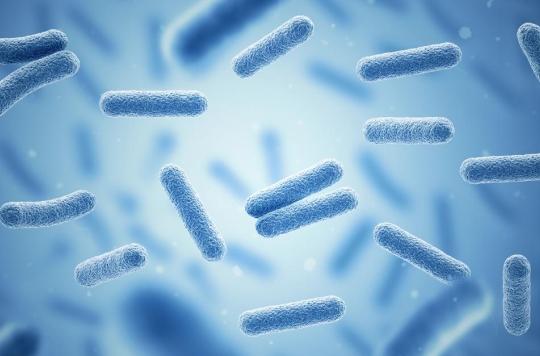 There are about a thousand different species in the microbiota, mostly bacteria but also viruses, parasites and fungi. This part of the intestine – also called the intestinal flora – influences a large part of the body, such as the immune system, the brain, the cardiovascular system or the bone system. But the intestinal microbiota could also play a role in aging. Indeed, according to a recent study published in the journal Microbiomethe transplantation of fecal microbiota from young mice to old mice could slow down certain signs of aging in the eyes, intestine and brain.

Faecal microbiota transplantation is a technique already known in the scientific world. It consists of extracting a sample of normal microbiota from the faeces (i.e. solid human excrement) of healthy donors to implant them in a sick person. “This treatment is for example very effective – and now used routinely – to treat diarrhea in patients who suffer from a recurrent infection with Clostridioides difficile”, Explain I’National Institute of Health and Medical Research (Inserm).

In this new study, the scientists also showed that transplanting faecal microbiota from old mice onto young mice would accelerate their aging. More precisely, this phenomenon would affect more the intestinal mucosa of rodents, but also the immune cells of the brain and the specific proteins associated with eye degeneration. “By altering the gut microbiota of older adults, we could rescue indicators of age-associated decline commonly seen in degenerative eye and brain conditions“, explain the authors of the research.

A link already established between microbiota and aging

In their study, the researchers therefore clearly established a link between advanced aging and the microbiota. And this is not the first time this has happened. In January 2021, in a study published in the journal Nature Metabolismresearchers believed that the microbiota could influence healthy aging and increased life expectancy. “Changes in the microbiome are not just diagnostic of healthy aging, but also directly influence health (individuals) as we age”, said Tomasz Wilmanski at the timea researcher at the Institute for Systems Biology and who led the study.

Frequent urinary tract infections could be caused by overuse of antibiotics

How do tics develop?

Stress: we have something in common with the squirrel in hibernation

Covid-19: a study in Île-de-France to take stock of the contaminating power of children