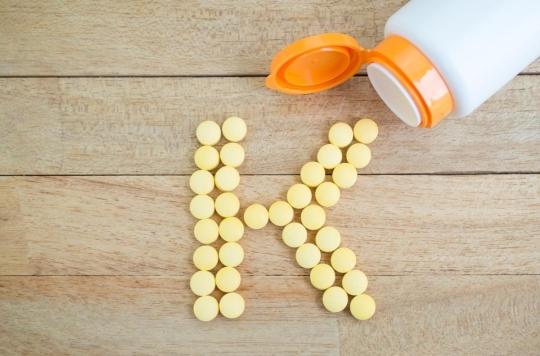 Does our plate allow us to fight against neurodegenerative pathologies? This is the hypothesis of a Saudi researcher, Mohamed El-Sherbiny, and his team. During a meeting from the American Association for Anatomy, they presented the results of their work on laboratory rats: they show that vitamin K intake reduces the risk of dementia and Alzheimer’s disease.

There are different forms of vitamin K, found mainly in food. Several scientific studies have looked at its effects on the brain, and have demonstrated the existence of a link between the vitamin and brain function. Some research has gone further in proving the existence of a correlation between vitamin K deficiencies and Alzheimer’s disease and/or dementia. For his part, Mohamed El-Sherbiny wanted to understand the precise impact of vitamin K on the brain.

A study conducted on laboratory rats

To carry out his research, he used laboratory rats. The latter reach maturity at three months. The researcher and his team therefore chose to study the effects of menaquinone-7 (MK-7), a form of vitamin K2, in rats of this age. One group of rats received an MK-7 supplement for 17 months, while the other group did not. The rodents underwent various tests to assess their cognitive functioning: passage through a maze, swimming and sociability assessment.

These tests showed that rats that received MK-7 supplementation performed better than those that did not. Vitamin K intake was associated with reduced signs of cognitive impairment, depression, and anxiety, as well as improved spatial memory and learning ability. The researchers also examined rat brain tissue to better understand the biological pathways involved. They found that vitamin K supplementation affects pathways involving the proteins NLRP3, caspase-1 and Nrf-2, which are linked to inflammation and antioxidant activity. This vitamin intake would also promote the expression of tyrosine, an amino acid that helps preserve cognitive functions.

Results to be confirmed in humans

Although these results are encouraging, the authors of this work show caution: they point out that other studies are necessary to determine whether these discoveries are applicable to humans, and to assess the optimal dose of vitamin K to maintain the brain health.

“Further clinical studies will be needed to assess the appropriate dosage for protection against Alzheimer’s disease, especially in people treated with vitamin K antagonists.“, specifies Mohamed El-Sherbiny. These treatments belong to the category of anti-coagulants, prescribed to reduce the risk of thrombosis. Pending these future results, the scientists strongly advise people taking these drugs not to consume food supplements of vitamin K.